The clearest way into the universe is through a forest wilderness.
~John Muir

Forests are an invincible part of nature. We humans clear forests in the name of development, urbanisation and what not but it’s repercussions are beyond our imagination. Forest cover generally depicts the extent of land area that is covered by forest resources in a country. Forest cover therefore comprised all lands more than 10 percent, including tree orchards, bamboo, palms etc, growing upon recorded forest and other government lands, private community and industrial lands.

The National Forest Policy of India 1988 envisions a goal of achieving 33 percent of the geographical area of the country under forest and tree cover. To achieve this goal, remote-sensing Forest Cover mapping is done nationwide. It acts as a monitoring mechanism and is carried out at biennial intervals.

As per the biennial India State of Forest Report (ISFR), 2021 released by the Ministry of Environment, Forest and Climate Change, the total forest cover constitutes 24.62% of the geographical area of the country that is 80.9 Million hectares.

Climate change is a real threat no matter how much innovation we bring about. Report estimates that by 2030, 45-64% of Indian forest will be affected by climate change and rising temperature. All states except for Assam, Meghalaya, Tripura and Nagaland are going to turn into highly vulnerable climate hotspots. Prevention is in our hands and we all must make it an Earth to save our only home.

It is a matter of happiness as 17 States/Union Territories have above 33% of the geographical area under forest cover. Open forests have shown most of the increment followed by dense forests. Andhra Pradesh, Telangana and Odisha are found to be the top three states showing a boost and forest cover. On the other hand, it is much saddening about the fact that states with sky high mountain ranges cladded with veils of greenery have shown an overall decrease in the graph. Jammu and Kashmir witnessed the highest loss of very dense forests anywhere in India. But it has one substantial growth in open forest cover led by commercial plantations.

India’s decisive commitment to make cutbacks on greenhouse gas emissions under its nationally determined contributions (NDC) was loud and clear at the United Nations climate change conference in 2015 (COP21). To make this come true, India is determined to create carbon sinks of 2.5 to 3 billion tonnes of carbon dioxide equivalent by increasing the forest cover by 33% of total geographical area. Amidst this, community planting becomes the dire need of the hour. A shot made to hit two targets such as global warming and unemployment can be brought down by going for this technique. Planting trees that will ensure income to the people growing and preserving them will encourage more reforestation.

Technology has not left a space to leave its imprint and so is in the case of growing forest cover and afforestation. Blockchain is believed to turn out a major helping hand here. It intends to build a new platform and give a new touch to tree plantation. Storing land ownership details on a decentralised database will make it difficult to illegally sell forest areas. Usage of satellite based imagery comes to the rescue for preserving the forest lands. We, at Greenverz, are working relentlessly to bring about an evolution in this field through the help of modern technology and earnest efforts. We are proceeding with firm steps and thoughts to build apps, systems, data gathering, data mining, report analysis and result orientation to help mitigate this urgent issue. 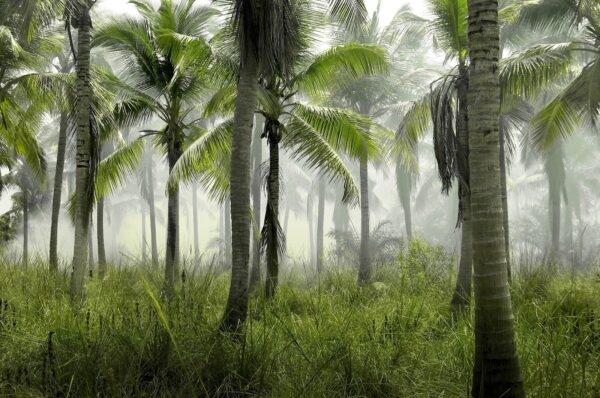 India, the second most populated country with the most varied biodiversity in the world, protrudes into the Indian…

No products in the cart.