India, the second most populated country with the most varied biodiversity in the world, protrudes into the Indian Ocean while resting on the southernmost part of the largest continent Asia. India’s peculiar size and geographical location makes the country’s forests unmatched and extraordinary. But the constant scrimmage between people and forest has led to the loss of a lot of biodiverse gems. The larger message that needs to be delivered to the people who are cutting down trees in the name of development is that forests are much more than just a crowd of trees. From being the major source of oxygen that we breathe in to providing sustenance and burst tourism in the country, forests have a lot more role to play.

The country is a home to the world’s tallest mountains- The Himalayas that stretches into the north-western part of the country from where other mountain ranges emerge and elongate their expansion. Every state is bedecked with wondrous flora and fauna and will not fail to leave your jaw dropped. But vast patches of these unexcelled greenery is being cleared along with its residing wildlife just because few people offer them as a sacrifice for development and other few trade them for selfish gains.

Whereas the following states have the least forest cover area having forest cover percentage below 20% amongst other states and union territories in India.

Deforestation is the conversion of forested land into non-forested land by humans for multitude of development and revolutions. The definition sounds plain but in reality deforestation wrecks unimaginable havoc to mankind. Felling of trees frantically has led to a decrease of 3.16% in the global forest cover from 1990 to 2015. Even though, as per the Forest Survey Report 2021 depicts that India has witnessed an increment of total forest cover by 1% but has lost many good forests in return. This question is baffling the public at large whether the gains and losses are cancelled out. Growing population density, developmental activities, rising demand of wood-based industries, unsustainable land use practices are some of the major reasons for adding pressure over the forests. Following are some of the major reasons that are leading to deforestation unabashedly.

Industrial agriculture: Due to adoption of agriculture as an industry and modernisation of farming technologies, many big industrial firms started expanding their business into industrial farming. In order to meet the rapid demands of food and yields, intensive cropping is taken up with the aid of many toxic chemical fertilizers. Reaping quick benefits never comes without a cost. Large-scale deforestation, pest and weed resistance to chemicals, soil degradation, deprivation of exotic wildlife and biodiversity, water pollution, human health hazard and climate change are the aftermath of following this method of agriculture. Falling in the trap of its early outcomes, the active government encouragement for industrial agriculture has also been an alarming concern.

Mining: Mining, as compared to other factors, doesn’t really add to the pressing issue of deforestation directly. Amidst contribution of commercial and subsistence agriculture to deforestation being 73%, mining only causes 7% of it. While mining’s direct effect on forested land is limited, its indirect effects are a matter of urgency. Soil erosion, formation of sinkholes, loss of biodiversity, groundwater depletion, contamination of soil and surface water are challenges faced because of mining.

Expansion and infrastructure: The expansion of roads and establishment of industrial frontiers are widening the scope of deforestation. Such developments done with lack of proper planning and approach are leading to clear large patches of great forests to feed the growing mouth of the rising population.

Deforestation has been a perpetually existing matter of concern since decades. The mushrooming human population has intentionally or unintentionally led to felling of trees for various purposes. Practices like shifting agriculture should not be encouraged and sustainable community farming must be followed in place of that. Governments at the larger level along with the base level must work in harmony to lessen the aggravated situation. People, without focusing on their internal disparities must go ahead a step to mitigate such pressing issues. Stringent laws must be made to assure enhanced security and strict liabilities for those going against it.

Trees do not just possess great ecological value but also usher us with their economic importance. Forests have been acting as a major source of sustenance since ages. Every part of the tree is worth some rupees and people growing them, do not just help improvise the atmosphere but also become enriched and financially independent. Since a large part of the world is being urbanized, community plantation can be given a tinge of sophistication and community gardens can be promoted ensuring social well-being, fresh produce, healthy lifestyle, gardening knowledge and stress relief.

Not just that, trees are the best carbon capturers in the world and serve as a splendid carbon sink. As the definition goes, a carbon sink is anything that takes up more carbon than it produces. Forests are dominant carbon sinks as both trees and forest soil store large traces of carbon for a long period of time. As the trees lead deeper into the woods, we trail into the higher depth of their importance.

Due to rapid population growth and urbanization, fossil fuel consumption grows at an exponential rate. Almost 84% of the world’s fuel needs are met by fossil fuels where India stands third in highest fossil fuel consuming nations. That is when technology plays an important role in achieving carbon neutrality and saving the world from the awaiting destruction. Amidst this, few tech advanced choices are to be done.

Usage of electric vehicles is growing with the growing concern of climate change and global warming. A battery electric vehicle contains fewer moving parts as compared to a petrol/diesel vehicle. Thus it is cheaper and requires less maintenance. Why not save a little bucks as well as contribute a lot to save Mother Earth from degrading?

Switching over to renewable sources of energy such as solar energy, hydropower and wind energy for our major energy consumption can help decrease the exhaustion of non-renewable energy sources. They almost do not emit greenhouse gases or air pollutants. They are economically feasible which makes them a really good resource to be harnessed.

Every field now is swapping over to use renewable and inexhaustible energy resources for production, transportation and disposal as well. Negligence on our parts to such healthy practices and related ground can fetch catastrophic consequences.

We know global warming is not a prediction, it is happening. So we need to be a part of the solution and not the pollution. 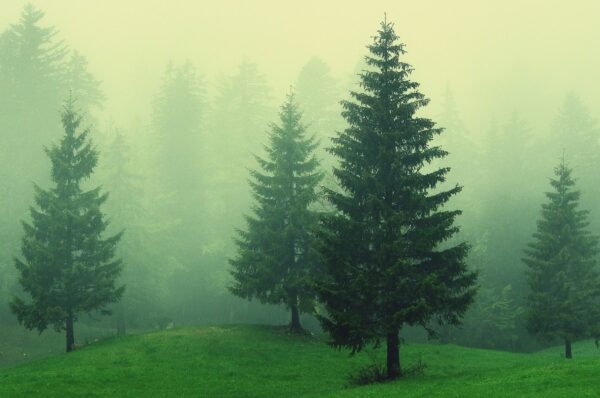 The clearest way into the universe is through a forest wilderness.~John Muir Forests are an invincible part of…

No products in the cart.